Today, futuristic architectural designs are carving out with technological innovations. Architectural Commercial Building Designs go hand-in-hand for creating a powerful building design, addressing a level of sustainability. Buildings act as a symbol of urban corridors of biodiversity and some of the resilient designs can endure extreme weather conditions. The critical thinking of the architects and designers goes towards creating the forward momentum for regenerating the world and making it more equitable and healthy for humans, plants, and animals.

Sukh Singh is the COO of Tejjy Inc – the man on whom the vision of Tejjy Inc has dawned. He is the fountainhead of ideas for development, lines of operations, new vistas, domain verticals, and technical integration with other industries, diversification and complementary lines of practice. Sukh is the head of vision for Construction Management, BIM & Engineering Solutions. He has extensively worked with the Engineering Firms, Architects, Construction and Government agencies in the USA. 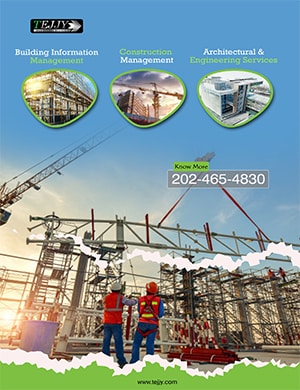